The Commonwealth War Graves Commission has 928 recorded WW1 deaths for the 6th Battalion, Northumberland Fusiliers. This figure includes the records for the 1st/6th, 2nd/6th & 3rd/6th Battalions. 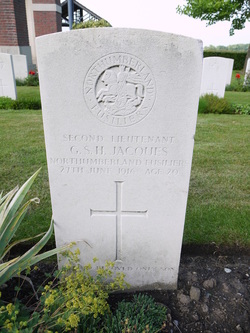 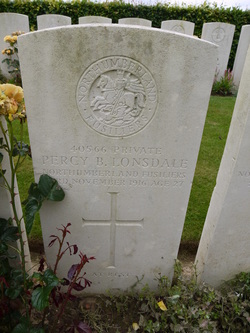 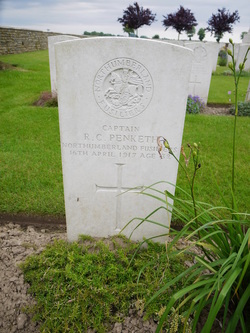 PENKETH,
Robert Charles.
Captain.
6th Battalion,
Northumberland Fusiliers.
Warlincourt Halte British Cemetery Saulty,
Pas-de-Calais, France.
Monday 16-04-1917.
Age 32.
Son of Major I. Penketh (South Staffordshire Regiment) of "Edgecumbe", Higher Brimley, Teignmouth, Devon, UK. Born 20-08-1885 & educated at Lichfield Grammar School. In August 1903, just before his 18th birthday, Penketh followed in the footsteps of his elder brother Alfred by beginning an apprenticeship with National Provincial Bank of England. Outside work he, like his brother Alfred, was an enthusiastic sportsman.
He  was a Territorial soldier, and was called up to his regiment, the Northumberland Fusiliers, in August 1914. He was wounded in April 1915 but returned to active duty the following October. He was injured again, necessitating a few days in hospital, in October 1916., by this stage he was a Captain in the Northumberland Fusiliers, was injured again and died of his wounds on 16 April 1917. He was 31 years old. His elder brother Second Lieutenant Alfred Thomas Penketh of 1st Battalion, South Staffordshire Regiment, was killed in action 12-05-1917 age 34 and is remembered on the Arras Memorial, Pas-de-Calais, France. 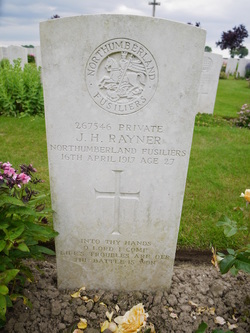 Stone Inscription :-  "Into Thy Hands O Lord I Come, Life's Troubles Are O'er The Battle Is Won". 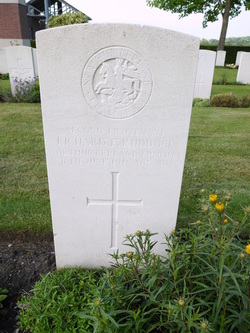 Stone Inscription :-  "Come Unto Me". 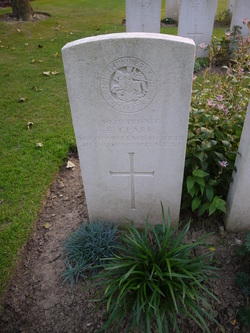 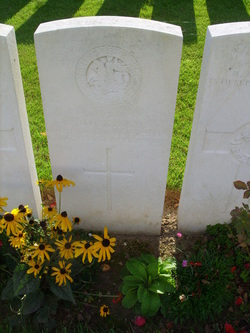 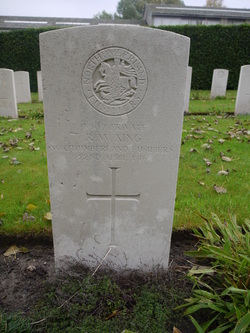 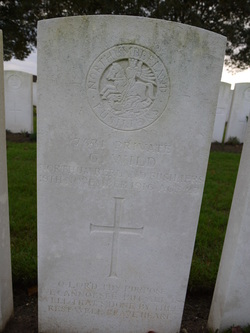