The Royal Navy (RN) is the United Kingdom's naval warfare force. Although warships were used by the English kings from the early medieval period, the first major maritime engagements were fought in the Hundred Years War against the kingdom of France. The modern Royal Navy traces its origins to the early 16th century; the oldest of the UK's armed services, it is correctly known as the Senior Service.

The Commonwealth War Graves Commission has 24,900 recorded WW1 deaths for the Royal Navy. 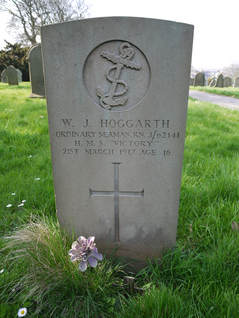